Play a stock market game
Get a stock quote 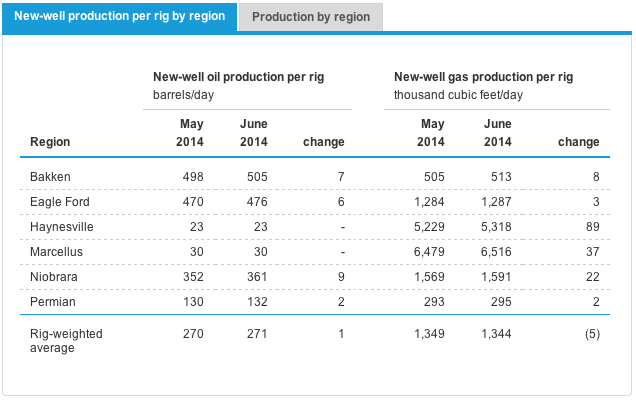 Note: Permian Basin oil production shows a significant increase this month, based on new data from the Railroad Commission of Texas.

The Drilling Productivity Report uses recent data on the total number of drilling rigs in operation along with estimates of drilling productivity and estimated changes in production from existing oil and natural gas wells to provide estimated changes in oil and natural gas production for six key fields. EIA's approach does not distinguish between oil-directed rigs and gas-directed rigs because once a well is completed it may produce both oil and gas; more than half of the wells produce both.

While shale resources and production are found in many U.S. regions, at this time EIA is focusing on the six most prolific areas, which are located in the Lower 48 states. These six regions accounted for nearly 90% of domestic oil production growth and virtually all domestic natural gas production growth during 2011-12. 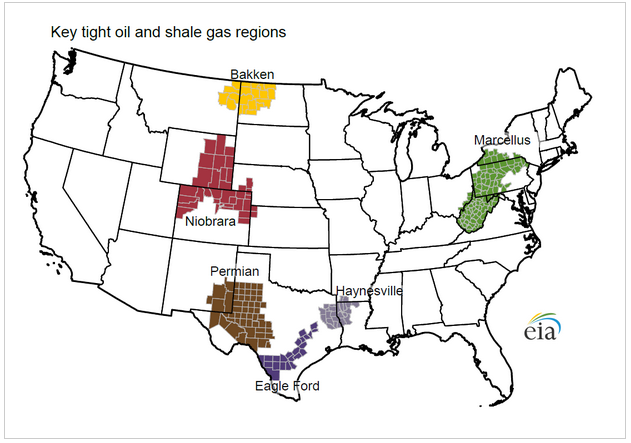