Play a stock market game
Get a stock quote

America’s oil and natural gas boom has caused a rippling effect with all sectors experiencing a windfall. Energy-intensive 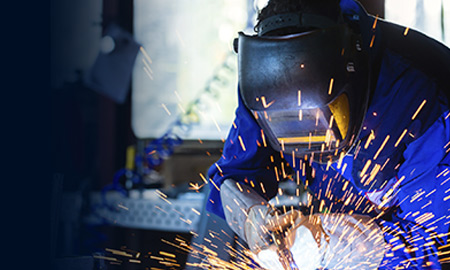 ?manufacturing employment is set to increase by more than 1 percent in the United States through 2020, according to a report released by the U.S. Conference of Mayors.

Manufacturing employment in metropolitan areas has expanded by 1.7 percent per year on average over the past three years, with energy-intensive industries such as fabricated metals and machinery being crucial parts of that growth.

More than 196,000 jobs in metro areas from 2010 to 2012 were added in energy-intensive manufacturing sectors. These sectors encompass steel, iron, fabricated metals and machinery, which all have benefited from the natural gas boom, the report added. Employment in these sectors increased by 9 or 10 percent, from 2010 to 2012, in all U.S. metropolitan areas.

“We’re all aware of the incredible impact the energy revolution is having on our national economy,” Virg Bernero, mayor of Lansing, Mich. and chair of the conference’s advanced manufacturing task force, told reporters on the conference call discussing the report. “The growing competitiveness and increase in employment from these manufacturing sectors are important to our cities and metro economies.”

“Upstream hiring in Houston has gone from 10 to 12 percent annual rates down to 5 to 2 percent rates,” remarked Bill Gilmer, director of Institute for Regional Forecasting at the University of Houston’s Bauer College of Business, to Rigzone. “So, we’re not witnessing that kind of job growth right now because of the flux in gas prices.”

“The big thing for manufacturing in Houston is the petrochemicals side of the business. When the price of natural gas collapsed, that created the opportunity for the petrochemical industry because they earn peak stock prices.”

The booming shale gas production has driven Texas’ petrochemical surge, according to industry experts, creating an internationally competitive sector that can produce a variety of products including plastics at a lower cost. With the advanced technology unlocking vast amounts of shale, new supplies of oil, natural gas and natural gas liquids (NGL), such as ethane, a key petrochemical feedstock or input, has entered the market. These technologies have helped reduce the price of natural gas, which was once in line with oil, and led to the production of lower-cost NGLs, according to a report by the Southwest Economy. The heavy use of NGLs for petrochemical feedstock have lowered costs and they have gained an export advantage over competitors in other parts of the world that heavily rely on much pricier oil-based naphtha.

“At the epicenter of the shale boom is Texas, a significant player in the U.S. petrochemical industry and home to some of the nation’s most productive shale areas. The state is reaping economic gains from the petrochemical resurgence that include increases in construction, jobs and exports,” the report added.

“We have witnessed an industry, that once stated around five years ago that they would never, ever build another petrochemical plant in the United States, now deciding that it is a good idea,” remarked Gilmer. “These announcements are coming from the east side of Houston, and all along the Gulf Coast, from Corpus Christi through Beaumont, Port Arthur and Louisiana.”

The U.S. has become a highly cost-effective place to invest in new petrochemical plans, even if the market for that new production is in emerging economies, noted the Southwest Economy report. Ethylene capacity is poised to increase almost 33 percent by 2017, pending completion of all new plants, expansions, enhancements and restarts of shutdown facilities that have been announced in the United States.

It is expected that national and international firms are expected to spend $50 billion in the next three to four years erecting dozens of new manufacturing facilities or expanding existing ones, largely along the Gulf Coast. This correlates to tens of thousands of permanent direct jobs and temporary construction jobs.

“Not all of these plans will be built, but still, Bay Town is going to be ground zero. This’ll be an enormous push for construction and it is going to fill in where things have slowed down a bit upstream,” said Gilmer.

The process to obtain the necessary permits to construct these plants can take more than two years, with individual facilities representing an investment of $350 million to $1.7 billion. The regional economic impact of the construction alone should be significant, the report noted, with Gulf Coast crews earning from $25 an hour for experienced personnel to $40 an hour for the slightly more than 10 percent of the workforce with specialized skills.

The necessary sectors needed are machining of fabrication of pipes, fittings, valves and other specialty components for these facilities that could provide more work for U.S. firms. However, these new plants will require highly skilled personnel to monitor and maintain plant systems.